Coronavirus Pandemic – Do you still have to carry out your contracts?

The current Covid-19 pandemic has turned everything upside down. Every day the situation alters, and the only constant is that the normal business of everyday life becomes more and more difficult. The principal concern for us all is, of course, to stay safe and protect ourselves and others as far as possible. But many of our clients, particularly those in business, have been contacting us about other challenges they are facing – the planned event which will not now take place, the goods that cannot be obtained or delivered, the document that can’t be signed, the house that can’t be viewed, and so forth.

Breach of Contract
To take a common example, Company A has made an arrangement with Company B to deliver certain items to them on a set day. The day before the delivery, Company A telephones Company B, saying that they do not have the items because they are manufactured in Italy where the disease is widespread, and all their supply chains have been disrupted. Also, since they do so many deliveries to and from Italy, all their lorry drivers have had to self-isolate for fourteen days at least. Accordingly, the delivery isn’t going to happen and Company A doesn’t know when it’ll be able to re-arrange it. This puts Company B in a serious position. If it doesn’t get these items it will be in breach of several contracts it has made with its own customers. So from Company A’s point of view, can it walk away from the agreement without penalty on the grounds that it has become impossible to perform, and from Company B’s point of view, can it insist on Company A’s carrying out the agreement, and claim damages if it does not? If Company B’s customers sue, does Company B have a defence?

Frustration
In that case, it is likely that the companies will be forced back on the common law doctrine of “frustration”. Generally speaking, this excuses parties from performing a contract if an unforeseeable event outside their control and not their fault occurs after the contract has been made, making performance impossible, or transforming performance into something so radically different from what was intended that it would be unfair to hold the parties to the bargain. If the situation between Company A and Company B can be brought within this definition, the contract is at an end. Company A does not have to perform, and Company B can’t claim damages, though Company A will have to return any money already paid to it by Company B. If Company B’s customers sue, it has a defence, though once again it will have to repay any money paid by the disappointed customers. 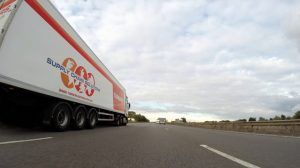 But it is not necessarily clear that frustration will apply to the above situation between companies A and B. It should be noted that performance must be impossible, not merely more difficult, costly, or inconvenient. Is it really impossible for Company A to get the items, or could they be obtained from somewhere else apart from Italy? As for its self-isolating lorry drivers, could Company A have the items delivered by another haulage firm?

And then, was the pandemic unforeseeable? Such things have occurred before. Whilst it would take a very hard judge to hold that the scale of the Coronavirus crisis and the lockdowns of whole nations was foreseeable even a few months ago, if the contract was made after the seriousness of the situation was widely known, it will probably not be held to have been frustrated. Rather, the courts are likely to say that the parties must have known about the risk at the time the contract was made, and therefore must abide by its terms or be liable to pay damages.

A case of where frustration almost certainly applies would be a planned large conference event arranged before the scale of the pandemic was known which is subsequently made impossible by a government ban on such gatherings. In such a case the organisers would obviously have no alternative other than to cancel and to return any ticket prices paid, though even then questions might arise about whether the organisers can deduct their expenses for arranging the abortive event.

Another example would be if it was vital that a contract be performed by one particular person on one particular day, and that person falls ill. An obvious case would be a concert to be given by a famous singer who contracts the virus the day before. In this case frustration operates – nobody else apart from the great star can appear. The date can’t be changed to next month since it can’t be assumed that the star, the audience members, or the venue will be available. But even in such cases as this, a lot depends on the facts. An audience might be greatly looking forward to seeing Sir Ian McKellan as Macbeth, they might not have bought tickets if he hadn’t been in the role, but if he falls ill the day before the performance and his understudy takes over, the show may have to go on.

Frustration is therefore a difficult concept, resting on somewhat uncertain legal foundations. Very few successful cases of frustration have ever come to court. “Force majeure” clauses in contracts may be a more reliable and predictable method of dealing with the challenges of the pandemic, and businesses should consider inserting them into all their contracts. In addition, the sensible and practical advice to be given to businesspeople would be – don’t wait for problems to arise. Review your business, and ask yourself whether you are vulnerable. If so, consider approaching key suppliers now, and checking the steps they are taking to protect supply-chains and deliveries. Legal remedies are all very well, but it is better to avoid having the problem in the first place. 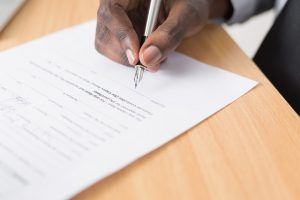 Another piece of advice is – don’t be defeatist. Sometimes situations which seem impossible due to the lockdown regulations can be solved with a little thought. We recently had a case where a document had to be signed in front of a witness by a client who was in isolation. There was no way that the client and the witness could meet. The problem was eventually solved by the document being delivered to the client’s door by the solicitor, who then retired to a safe distance while the client took the document into the house. The client then signed it in her front room, while the witness watched through the window. The solicitor and witness again retired to a safe distance while the client returned the document to the doorstep and went back inside. The witness was then able to sign it also. Where there’s a will, there’s a way.

For help and advice on any of the matters raised in this article please speak to a member of the Blackadders Dispute Resolution Team.