Coronavirus (Scotland) Bill: a (temporary) re-write of the law on residential evictions

The emergency Coronavirus (Scotland) Bill (‘the Bill’), was published on Tuesday 31 March 2020 and is expected to pass in full on Wednesday 1 April 2020. Subject to Parliament’s approval, the Bill is likely to come into force during the week commencing Monday 6 April 2020. The Bill is designed to work alongside the Coronavirus Act 2020, passed by the UK Parliament on 25 March 2020, and which the Scottish Parliament gave its consent to on 24 March 2020. The Bill focuses on three headline areas, being:

The focus of this article is the impact of the Bill upon private sector residential tenancies.

Since the 1st December 2017, as a result of the Private Housing (Tenancies) (Scotland) Act 2016 (‘the 2016 Act’), any new residential tenancy granted in favour of an individual in respect of a separate dwelling was a Private Residential Tenancy (‘PRT’). In respect of a PRT, the 2016 Act sets out, among other things, the periods of notice which first required to be given to a tenant before the landlord can make an application to the First-tier Tribunal for Scotland (Housing and Property Chamber) (‘the Tribunal’) for an eviction order and the grounds upon which such an order could be sought.

Provided the Bill becomes law, which is expected, the respective 28 and 84 day notice periods will, for the time being, be replaced with notice periods of 28 days, 3 months and 6 months, depending on which ground an order for eviction is sought.

A notice period of 28 days applies if the only eviction ground stated in the notice to leave is that the tenant is not occupying the let property as their home.

A notice period of 3 months applies if the only eviction ground, or grounds, stated in the notice to leave is, or are, one or more of the following:

A notice period of 6 months applies to all other grounds for eviction, being:

Removal of mandatory grounds for an eviction order – PRT

Prior to the Bill, the mandatory eviction grounds in respect of a PRT were:

Before a landlord in an assured tenancy (‘AT’) can apply to the Tribunal for an order for possession of the let property, in terms of section 19 of the 1988 Act, the landlord must first serve a Form AT6 on the tenant which stated the grounds upon which possession is being sought (with the relevant grounds being set out in Schedule 5 to the 1998). The period of notice was, depending on the ground upon which possession was sought, either 2 weeks or 2 months. The Bill replaces those notice periods with 2 months, 3 months or, as the case may be, 6 months, depending on the ground in which an order for possession is sought. A minimum period of 2 months’ notice need be given if the ground for recovery is that suitable alternative accommodation is available for the tenant or will be available for them when the order for possession takes effect (Ground 9). A minimum of 3 months’ notice is required where either the landlord has previously lived in the let property and requires it back (Ground1) or the tenant has been convicted of a relevant offence (Ground 15). A minimum period of 6 months’ notice must be given in respect of all other grounds, which are:

Of the above Grounds, the most notable is Ground 8 which provides that, so long as at both the date of the service of the Form AT6 and at the date of the date of the case management discussion before the Tribunal, at least three months’ rent lawfully due from the tenant is in arrears, an order for possession must be granted.

While a landlord in a short-assured tenancy (‘SAT’) is also entitled to issue a form AT6 under section 19 of the 1988 Act and, thereafter, if necessary, seek an order for possession, more often than not, they would, in order to recover possession of the let property, look to avail themselves of the no-fault ground for recovery provided by section 33 of the 1988 Act. By way of section 33 of the 1988 Act, a landlord can seek to recover possession of the let property on the basis that the SAT has reached its finish (and that tacit relocation is not operating and that the landlord has given to the tenant notice stating that they require possession of the let property).   Unless the SAT provides otherwise, the period of notice for the purpose of section 33 is 2 months. By way of the Bill, that period of notice is to be increased to 6 months

Part 1 of Schedule 5 to the 1988 act set out 8 grounds which, if established, the Tribunal must grant an order for possession (so long as the requirements in relation to the service of a Form AT6 have been met). The Bill provides that all eviction grounds contained in part 1 Schedule 5 to the 1998 Act are to now be discretionary; the Tribunal will therefore only grant an order for possession where Grounds 1 through 8 are met if it is reasonable in all the circumstances to do so.

Furthermore, whereas recovery of possession of a property let on a SAT was mandatory where the conditions set out in section 33 of the 1988 Act had been met, that too has been changed from a mandatory ground to a discretionary one; again, an order for possession will only be granted in this regard if the Tribunal is of the view that it is reasonable in all the circumstances to do so.

While the focus of this article is residential tenancies in the private sector, is should be noted that the Bill also seeks to introduce increased periods of notice in respect of social tenancies granted by either a local authority, a housing association or a housing co-operative under the Housing (Scotland) Act 2001.

Where a notice issued under either the 2016 Act, the 1988 Act or the 1984 Act fails to take account of the changes proposed by the Bill, such error does not invalidate the notice, rather it may simply not be relied upon by the landlord for the purpose of seeking an order of the Tribunal until the date on which it could have been relied had it been correctly completed.

While the Bill represents a significant departure from the law as we know it, at a practical level, there will be, in the short term anyway, no real change from a landlord’s point of view in that, as from 25 March 2020, the Glasgow Tribunal Centre, which is the administrative base for the Tribunal, closed to administrative staff with only a limited number of staff remaining so as to deal with any urgent or time critical applications. At present, non-urgent/ time critical applications will not be processed until the Glasgow Tribunal Centre has re-opened to all of its staff.

While, practically speaking, the prospect of a tenant being evicted during the Covid-19 pandemic is, at present, almost non-existent due to the closure of the Glasgow Tribunal Centre, the Scottish Government clearly felt that protection for tenants required to be enshrined in law so as to ensure that tenants were protected from potential homelessness while the pandemic is ongoing.

It should be noted that the Bill does not represent a permanent change to the law of residential evictions in Scotland, rather the above noted changes will automatically expire six months after they come into force. The Scottish Parliament may extend these measures for two further periods of six months, giving the measures in the Bill a maximum duration of 18 months. The Scottish Government will provide a report to Parliament every two months about the use of these emergency powers. 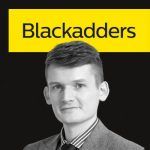