2020 was a year synonymous with the words ‘unprecedented’, ‘challenging’ and the ‘new normal’ – something which has had a no doubt profound impact on not only the way we live our lives, but the wider economy and political sphere.

As a result, COVID-19 has stood centre stage in all government decisions and forecasting over the past year, but a prevalent question has been how the UK government plans to account for and recover from the destruction the pandemic has left in its wake.

The Budget and its impact on Personal Tax

Playing a balancing act between addressing the mounting UK deficit and supporting those most affected by the pandemic has undoubtedly been a main consideration in this year’s Budget, released on the 3rd March 2021 by Chancellor of the Exchequer, Rishi Sunak.

In spite of the more sizeable tax reforms reported in the media on the lead up to the Budget, the field of personal tax has seen very little in the way of change.

Personal income tax thresholds will be frozen from next year until 2026 – at £12,570 for the basic rate and at £50,270 for the higher rate – whilst other eagerly anticipated areas such as Inheritance Tax, Capital Gains Tax and the Pension Lifetime Allowance saw no change at all.

The impact of this year’s Budget for Private Client practitioners could therefore be seen as surprisingly small, however there are other areas of interest for both individuals and businesses alike.

Change has been announced south of the border in regards to the extension of the Stamp Duty holiday on properties worth up to £500,000 – this has been extended to the end of June in the UK Budget, and subsequently no Stamp Duty on homes worth up to £250,000 for the following three months leading up to October 2021.

The Scottish government, however, has not announced the same for their devolved powers over Land and Buildings Transaction Tax (LBTT), meaning that the relief would not be extended beyond March in Scotland and Scottish property buyers could be left at a disadvantage.

The Chancellor also revealed Lloyds, Santander, Barclays and HSBC would be offering the government-backed mortgages for those with 5% deposits from April.

Sunak said: “Even with a stamp duty cut there is still a significant barrier to people getting on the housing ladder” – noting that this could provide a chance for those who can’t afford a big deposit to buy their own home.

Another topical area of interest amidst the pandemic is that of the government’s furlough scheme to help slow the rate of potential redundancies and unemployment.

To this effect, it was announced that the furlough scheme would be extended to September 2021, alongside promised reforms and continuation of the self-employment income support scheme (SEISS) which has faced criticism for excluding a large portion of the population from receiving this support due to the qualification criteria.

An area of taxation which has seen some reform is that of Corporation Tax, which will be increased to 25% in 2023, a time ‘well after’ which the Office for Budget Responsibility expects the economy to have recovered from the pandemic.

Proportionately, because corporation tax is only charged on profits, the government does not expect struggling businesses to be affected – aided by the government’s new Small Profits Rates for small businesses with profits of £50,000 or less, being maintained at the current tax rate of 19%.

Alongside this, in a bid to aid the struggling hospitality and tourism sectors, a reduced rate of 5% VAT has been extended to the end of September 2021, and will only go up to 12.5% after that, before returning to 20% in April 2022.

Whilst the changes implemented by this years Budget were not as radical as anticipated, especially in the specific field of Private Client and personal tax, the changes brought forward in regards to property, employment and business are certainly a very corona-centric approach.

Undoubtedly the repercussions for both individuals and businesses alike, leading on from the reforms, will be an interesting series to follow as we emerge from the pandemic and the resultant economic changes which follow. 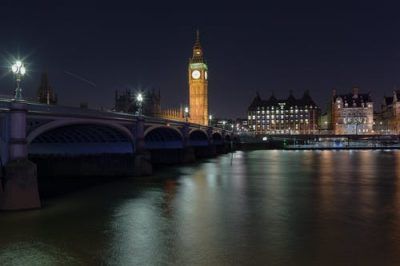