In 2015 Mrs Villiers applied for a maintenance order in England. A maintenance claim can proceed as a stand-alone action. The proceedings in Scotland for divorce were still ongoing. Mr Villiers argued that the English proceedings should be stayed on the basis that the divorce action was proceeding in Scotland.

The Supreme Court, on a three to two majority, decided that where a married couple separate, a spouse can raise maintenance proceedings in England even if a divorce action has already been raised in Scotland. It was decided that the maintenance claim was not a sufficiently related claim to the divorce to prevent the English court accepting they had jurisdiction to deal with the claim. Mrs Villiers was entitled to her choice of court.

Is this a good thing?

The decision confirmed that a spouse who is seeking support can raise proceedings in a court that is convenient for him/her or a court that would be more generous in terms of the award. It is widely accepted that financial awards for maintenance are more generous in England and Wales than in Scotland. This decision ensures that a spouse can continue to choose which court they wish to litigate their maintenance claims regardless of any divorce action proceeding in another jurisdiction within the UK.

There are downsides. The costs. Fighting in two different jurisdictions is likely to be expensive for both parties.

For practitioners, they could be involved in family proceedings where decisions relating to a separated couple are being made in different courts in the UK resulting in disputes becoming fragmented, lengthier and more expensive.

Interestingly, the dissenting view from Lord Wilson, with which Lady Hale agreed, was that the divorce action in Scotland was related and a common-sense approach should be taken to prevent separate proceedings taking place in different parts of the UK for the same separated couple.

Can this be avoided?

Given the unambiguous nature of this decision, it is doubtful this could be avoided. If one spouse wishes to raise maintenance proceedings in another court in the UK whilst divorce proceedings are ongoing in Scotland, the other spouse cannot prevent this.

The likely outcome is where a cross border element exists between separated spouses, Scottish Family Law Practitioners will have to be alert to the possibility that a spouse may return to England to apply for a maintenance order to achieve a more generous award than would likely be awarded in the Scottish Courts.

One potential way to avoid this situation is to include a maintenance claim as part of the divorce proceedings in Scotland. The basis for doing this would be to try and make the action in Scotland a sufficiently related claim to result in a court in another part of the UK declining jurisdiction for a maintenance claim. Only time will tell if such an argument would be successful.

If you require any advice about Family Law matters please get in touch with a member of the Blackadders Family Law team, who would be happy to assist. 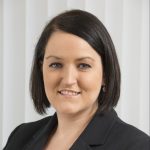 Back to You & Your Family News
Copyright 2017 - 2022 Blackadders all rights reserved
Responsive Website Design , Development & Hosting by mtc.