On 7th November 2020, a significant change in the Scots law relating to the corporal punishment of children was implemented in terms of the Children (Equal Protection from Assault) (Scotland) Act 2019.  The effect of this legislation is to remove the defence that was available previously, whereby physical force against a child was justifiable on the basis of reasonable chastisement.  This defence was previously available if the physical punishment was applied in the exercise of a parental right, or a right derived from having care or charge of a child.  The previous law reflected thinking that is now considered by many to be unenlightened and misguided, having regard to how best children should be supported and disciplined.  Whilst the expression “spare the rod, spoil the child” ay continue to resonate with certain quarters, professionals and academics interested in children and childcare do not agree.  And above all, equating physical punishment with assault removes the distinction afforded to adults in their treatment of children – not before time, many would say.

Although the amended law reflects the legal position adopted in a number of other European countries, Scotland is the first nation within the United Kingdom to outlaw corporal punishment of children.  This is not the first occasion when the Scottish legislature has beaten a new and different path at odds with the rest of the UK, particularly in relation to family law matters.

In 2018 there was heavy media interest in an English divorce case (Owens (Appellant) v Owens (Respondent) [2018] UKSC 41), in terms of which the wife sought a divorce based on her having been in an unhappy marriage for many years.  In the absence of the consent of the husband, the UK Supreme Court made it clear that the wife had not established the grounds for divorce and had to remain married to her husband until they had been clearly separated for a period of no less five years, despite the obvious end of the relationship with the wife having formed a relationship elsewhere.  Many considered it outrageous that a woman should be tied legally to a man for such a long period, when she considered her relationship to be at an end.  The furore this case provoked has led to the English legislature to plan an amendment to the periods of non-cohabitation that can be used in support of divorce grounds., from two years with both parties’ consent and five years without, to one year with consent and two years without.  This would mean that the if the alternative grounds of adultery and unreasonable behaviour do not apply, the longest one party must wait before applying for the divorce is two years.  Many have campaigned hard for this change in law, and have celebrated the proposed amendments, but in comparison to Scotland, “the powers that be” in England have been slow to acknowledge and recognise this legal obstruction.  In Scotland such reductions in the periods of separation that would form the basis for divorce were made in terms of the Family Law (Scotland) Act 2006, some fourteen years ago.  As a practitioner, it now seems astonishing that modern legal provision would require a broken marriage to continue for a five-year period, before the prospect of court intervention.  The impatience that parties felt in such circumstances often led to accusations of unreasonable behaviour being made to justify earlier court intervention.  Such accusations, whether warranted or not, are really unhelpful in encouraging parties to reach agreement, and when children are involved, the casualties are not just the parties to the marriage themselves.  Clearly Scotland recognised much earlier the benefits to individuals by being able to seek determination of the issues arising from the breakdown of her marriage, as well as the importance of parties to a marriage being able to move on in life without being tied to the legal status of being wife or husband.

The 2006 Act also introduced ground-breaking legislation in an attempt to give rights to parties in a relationship of cohabitation, who were unmarried, in the event of the end of the relationship, if justified by the circumstances.  Other than in particular and somewhat specialised circumstances, it was near impossible to argue that one party to the relationship of cohabitation should benefit financially from the other party upon separation.  The 2006 Act introduced a means by which any economic disadvantage suffered by one party in the interests of the other party could be compensated for.  No such provision exists in English law.  The leading Scottish case on the new legislation is Gow v Grant, again a case appealed to the UK Supreme Court, whereupon it was recognised, particularly by Lady Hale (former President of the Supreme Court) that the English law could learn a lot from the Scottish legislation that had been introduced.

As the nature of family life changes over time, and what constitutes a “family” adjusts and develops, it is reassuring that Scots Law is developing in response too.  Scotland has long been acknowledged for producing innovators and leaders, and this applies to our lawyers and legislature too, to the extent that other nations in the Union have a bit of catching up to do. 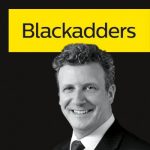 Back to You & Your Family News
Copyright 2017 - 2021 Blackadders all rights reserved
Responsive Website Design , Development & Hosting by mtc.