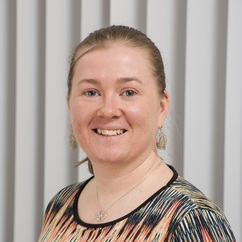 Jacqueline is a Law Society of Scotland Accredited Paralegal based in our Private Client, Executries department. Born in Dundee, Jacqueline attended Madras College High School in St Andrews. Jacqueline graduated from Grand Canyon University in Phoenix, Arizona with a top class degree in Marketing. She earned a golf scholarship at Grand Canyon University and has been part of the winning team for the Scottish County Ladies Championship on two occasions and won the Angus County Championship in 2016.

Jacqueline joined Blackadders in 2014 where she worked in the cash-room and then joined the Executries team in 2015. After successfully completing the Scotia Law – Wills & Executries paralegal course in 2016, she became a Law Society of Scotland Accredited Paralegal in 2017. Jacqueline’s friendly and logical approach enables her to build a relationship with her clients and help them through the administration of an Executry estate.