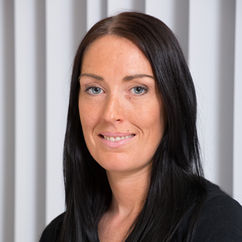 Jennifer is an Associate Solicitor in our Commercial Property team.

Jennifer joined the Rural Land & Business team at the start of 2015. She initially joined Blackadders in 2014 as part of our residential conveyancing department having practised in both Aberdeen and Perth since qualifying as a solicitor in 2006 where she has dealt with rural clients. Jennifer now deals with commercial property matters.