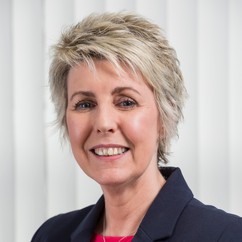 Shirley joined Blackadders in 2016 as a Paralegal Manager as a result of the merger with Boyle Shaughnessy Solicitors Limited.  She has worked in the legal sector for over 36 years as a Legal Secretary/Credit Controller/Cashier/Scottish Law Accountant and latterly as a Paralegal.

Shirley qualified as a Paralegal in Wills, Trusts & Executries in 2015 from the University of Strathclyde having previously qualified as a Scottish Law Accountant in 1999.

Call Us Or Request A Call back
Copyright 2017 - 2020 Blackadders all rights reserved
Responsive Website Design , Development & Hosting by mtc.